What Every Guitarist Should Know About Roman Numerals 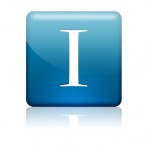 I’ve never really considered myself a mooch.  I mean independent types like myself frown on that kind of stuff.

But it struck me just now that maybe I am.  A mooch.  But in my defense my ‘moochishness’ is pretty well limited to getting amazing amounts of free stuff from my good buddy Will.

When we were kids (ahem, future rock stars) Will’s mom paid for guitar lessons for Will at the local community college.  I would guess that cost around $20 a lesson back then.  Will promptly came home and taught me everything he learned.  I didn’t pay a dime.

Once, Will spent a good 4 hours diagnosing a soldering error I made on my BYOC Booster pedal.  He acquired the knowledge used to fix my mistake from several semesters of college level electronics courses he took (and paid for).  Cost to me:  Nada.

Both of those were true windfalls for me, but the best free bit of knowledge I learned from Will cost him tuition for two years at the Conservatory of Recording Arts and Sciences in Tempe, Arizona.

Unlock Hundreds of Songs with this Simple Idea

Somehow guitar theory had escaped me and Will for years.  But at the Conservatory, rubbing elbows with more learned brethren, Will was introduced to Roman Numeral Analysis.

It sounds fancy.  But it’s really not that complicated.

Let’s boil Roman Numeral Analysis down to its essentials.

The Essentials of Roman Numeral Analysis

To say it simply, each chord in a key is assigned a Roman Numeral.

Back to Roman Numerals…

Assigning a Roman Numeral to the chords in the key of A looks like this:

Notice that some of the numerals are uppercase and some lower.  The upper case numerals represent major chords and the lower case are for, you guessed it, minor chords.  Well, except for the “vii” which is diminished and altogether different.

So now that we’ve assigned each chord a roman numeral, you might wonder what the point is.  How can we use this?

Roman Numeral Analysis is a way to quickly analyze a song and know tons of musical information with just a few numbers.  For instance, a musician might refer to an entire song like this:

This is comparatively easier than listing out the chords.  If you know what the roman numerals mean and the chords in a given key, you’re set!

Let me give you a real world use for this stuff.

Easily Transpose a Song to a Different Key

Say you and your buddy are strumming along some old acoustic favorites and singing along of course.  The lead vocal is just a bit out of your range, so you decide to transpose (move the key) down from C to G.

If you know that the song is a simple I – IV – V – IV progression, you could move your starting chord from C to G and the other chords just follow suit.  Let me illustrate.

Practice moving chords around like this and you’ll be surprise at how fast you can change keys.

Most blues is set to a pattern involving the I – IV – V chords.  Know the roman numeral pattern of a song and you can play it in any key.

There are certainly other uses of Roman Numeral Analysis, but quick key changes is certainly a great way to squeeze some use out of this stuff.

This little bit of theory hit me like a ton of bricks and since Will gladly shared this with me pro bono, I’ll pass it on to you.

I hope you get just how powerful this is.  If you really internalize the chords in each key (or at least the major/minor pattern) and get used to talking about progressions in roman numerals, you can synthesize an incredible catalog of popular blues and rock songs down to their basics.

To get a fun look at what I’m talking about, check out this video by Axis of Awesome:  4 Chord Song.