Is Your Blues Playing Missing This One Key Element? 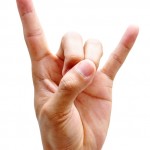 From Rock to Blues

As a rock and roller turned blues junkie, some things that should be in my blues playing, well….aren’t.  The most notable of which:  Using Thirds!

As a rocker, particularly of the power chord  bashing variety, I love the big fat sound of a root fifth chord.  These chords, better known as the power chord, seem to give even the greenest guitarist just that, POWER.

What’s missing from the power chord?  The third.

The third is that interval that makes major chords sound bright and happy.  I’ve avoided them in my playing over the years.  Not intentionally, just naturally.

When I would solo before, the third was no where to be found.  Even when strumming “cowboy chords” in the open position, I tend to mute out the third.  To me when you strum an open position G chord with the third (that’s the first finger on the second fret of the A string) it sounds a little Roy Rogers-ish.  I know that sound has its place, but like I said, I cut my musical teeth on 120 bpm, hard-driving, three-chord rock.  Sorry, Roy.

The first step was admitting that I have a problem

My third-averse playing has left me without a crucial note to master the blues.  The third is a truly powerful note.  In chords, but this interval is just as powerful in great blues improvising and soloing.

For major blues, hammering on from the flat third to the major third is a classic move and can’t be ignored.  So while my “cowboy chords” will always sound a little rock-ish, I have worked in the thirds over the last few years…very consciously and a bit begrudgingly, I might add.

That particular note can add a little cleanness to the major blues or interest to the minor blues.

So how did I get my blues thirds?

I think I realized they were missing while playing in church one day.  Try as I might to play something more “Church-y” and less rock-y, I kept getting comments that my playing sounded so…ROCK.  I took that as a compliment until I realized that the rock sound wasn’t what I was going for.

The bass player for the church group even said, I’ve never heard anyone play a C chord like you.  I didn’t know if that was a compliment or not….I mean, it’s a c chord, how can you play it wrong? Or different for that matter?

After thinking about it….alot….I came to the conclusion that my chords have no thirds!  Well I made a conscious effort to give them a try.  While I wasn’t playing the blues in church (that would have been fun) I sure could try a different approach to my blues to spice things up.  I’m always looking for ways to do that.

So I queued up a 12 bar jam track at home and starting improvising while focusing on the thirds. Both minor and major depending on the feel of the groove.

My soloing went from sounding like pentatonic rock to an actual blues solo.  You need that note to convey certain feelings and emotions.  I had ignored it for so long.  It instantly added some spice to my playing.  This also helped me to start breaking out of the boxes when improvising.

If your caught up in pentatonics, try adding in the major third when improvising and see where that takes you.

How about you?  Did you start learning music in a genre other than the blues?  Did that cause you any trouble sounding “bluesy”?