If You Don’t Learn this Scale Inside-Out, You Will Hate Yourself Later 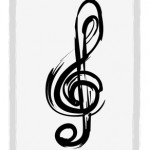 What’s the most important scale you will ever learn?  The scale that all other scales in western music are based?  The mother of all…well, you get the point – it’s important.  I’m talking about the major scale.  The Plain-Jane, sing-song, easy-as-pie major scale.  These seven notes are somewhat easy to play, but a basic understanding of the scale helps to build a solid musical foundation.

Yes, as guitarists we need to know some theory.  I have to keep telling myself that.

I didn’t learn this “music nerd” type stuff early on when I began playing guitar and my playing suffered or at least didn’t progress as fast as it should.  Until I devoted some time to fundamental music theory like this, I couldn’t come up with a decent lick of my own to save my life.  I believe the sooner you learn at least some basic music theory, the better off you will be.

What makes a scale a scale?

A scale is really just an arrangement of ascending notes.  The arrangement, or pattern, is what is really important here.

Focus on the arrangement or pattern of the notes rather than the notes themselves.  No matter what note you start on the sequence or patter remains the same.

A whole step is two frets on the guitar.  So from C to D is a whole step.  On the guitar, the D note happens to be two frets up the fretboard from the C note.

A half step is, you guessed it, half that musical distance or one fret on the guitar.  Musically, this is also called a semi-tone.  From C to C# (C Sharp) is a half step, semi-tone, whatever.  Get it?

You can plug any note into the beginning of the formula and work out the rest of the scale on your guitar.  Let’s do that.  I would encourage you to go through this exercise on one string.  It’s easier to conceptualize the whole step/half step thing on one string versus having to account for crossing over to a higher string.  The one string approach is not a very common way to learn the scale, but I find its easier to see the intervals using one string.

So to work this out in C, I would start on the third fret of the A string (5th string / second fattest string).

If you start with C, we know the next note is a whole step (two frets) up the neck, D.  From D we need another whole step (two frets) to E.  Now a half step, we move up one fret from E to F.  (keep in mind that generally E sharp doesn’t exist).  From F, up a whole step to G.  Another whole step to A followed by a whole step to B.  To finish back up on C we move one fret up from B to C.  Similar to the E and F move, there is no B sharp, generally – it does exist but its super rare.  Rare enough you can forget about it.  So the scale is really seven notes and returns to home base, C an octave up the fretboard.

Here’s the tab for the one string version of the C Major Scale:

Moving a Scale to Different Keys

The cool thing is that you can use the same approach to figure out any of the other major scales, called transposing.  Since there are twelve tones including sharps/flats, you can come up with all twelve major scales using the same pattern.  The pattern never changes.  Try to work out the A major scale on your fretboard or even on a piece of paper if your away from the guitar and see what you get.  Keep in mind the whole step and half step pattern.

Did you come up with this?

We will be learning a way to reference each note within the major scale in the next lesson on intervals.

Until then, keep pickin!