Learn the Fretboard – Sharps and Flats 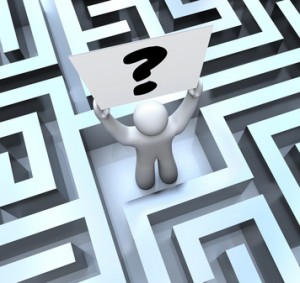 You may already know that I think it’s incredibly important to learn the fretboard.

There are a ton of notes available on the guitar fretboard and without knowing the note names, you can feel lost.  More than just a little lost!

The grid of six strings and up to 24 frets can become a very scary place.  Not having a sense of where things are on the fretboard will cripple your willingness and ability to venture out of ‘safe’ places.

Stuck in the box, anyone?

One of the many challenges guitarists face when beginning to learn the fretboard is making sense of sharps and flats.

Let’s see if we can cut through some of the confusion about sharps and flats.

What are Sharps and Flats?

So think about your fretboard.  Imagine you’re playing an A note on the 6th string.  Make that note flat by moving down one fret to the 4th fret.  A flat (written Ab).

The note in between the G and A can be called by two different names; G# and Ab.  These two note names are said to be enharmonic equivalents.

Enharmonic Notes: A pair of notes that sound the same pitch but have different note names.

There’s an exception to every rule, right?  Well the pattern of sharps and flats is no different.  Remember when I mentioned that you can make any note sharp by moving up a fret?  Well, that would lead you to think that if you played an E note on the open 6th string that the 1st fret, 6th string must be an E sharp.  And moving from the 7th fret, 6th string up to the 8th fret would get you from B to B sharp, right?

Music theory nerds would tell you that it’s entirely possible to have an E#, but I’ve gotten this far believing that aliens, bigfoot and these notes just don’t exist.  You can learn that bit of theory later, but for now I would make a mental note that these note names just don’t exist.

And why do I need to know two names for the same blasted note?  I think the short answer is that it gives music theory snobs something to poke fun at the rest of us about.  Sometimes at night, I can almost hear them snorting at me.  “Ha! I can’t believe you think an Fb doesn’t exist!”

Truth is, I think at some point it is worth learning the basic music theory behind all this.  Here’s a teaser, it’s all rooted in the major scale.  It can be helpful to know when to call a note a sharp or when it’s referred to as a flat.  But for beginners, I think it’s best to not muddy the waters with too much theory.

Let’s just focus on what makes us a better guitar player!

This is the 3rd installment in a series of posts on How to Learn the Fretboard.